Showing posts from December, 2020
Show all

HIS 241 - Studies in Christian Literature: The Inklings during the era of Fascism

In the 1930s and 40s two relatively unconnected things happened in Europe.  In Oxford, England a group of Christian writers formed the world’s most famous informal writing club, the Inklings.  This group, led by C.S. Lewis and J.R.R. Tolkien, along with Owen Barfield, Charles Williams and, to a lesser extent, numerous others, met to discuss ideas, trends, and their writing projects.  On the other side of the English Channel, this same period witnessed the growth of Fascism and Nazism, the Holocaust, and the outbreak of the most devastating war in history.   This course will look at the writings published by the Inklings, Lewis, Tolkien, and Williams specifically, between 1937 and 1945 and try to discern how they addressed the growing question of evil in the world.  This course can be considered a case-study in how Christians responded to the problem of evil in the world. This study will address each work as literature but looking also at the Christian truths confessed in them and how t
Post a Comment
Read more 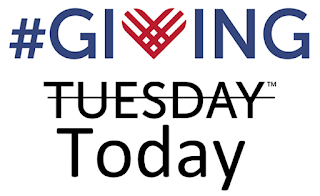 Missed Giving Tuesday? That's okay! Thankfully, God doesn't just give on Tuesdays ... He gives us our " daily " bread, "richly and daily providing" food and clothing and shelter and protection and care, in short, "all that I need to support this body and life." His covenant love endures   each day anew , forever. God  " daily and richly"  forgives me and all believers all of our sins. Each day we receive from Him. Any day is a good day to live for Him, to serve Him, to be a steward for Him.  You can support CLS today! It is especially important, right now, as we face fiscal challenges near the end of 2020. We ask boldly, knowing that even in the most challenging times, God daily gives us what we need to live in hope and confidence in Him. Thank you for your prayers and partnership throughout the year, and your gift today !
Post a Comment
Read more
More posts